Worming your pets regularly is very important both to protect them, & to protect yourself & your family & other people. Children are especially at risk from worms from your pets. The NHS have given guidelines for dog & cat owners to prevent themselves and other people getting toxocariasis, which can be a very serious disease. Visit http://www.nhs.uk/Conditions/Toxocariasis/Pages/Pr... to have a look at this advice. This includes worming you dog or cat regularly. International guidelines recommend all weaned puppies and kittens should be wormed every month until six months old. All cats & dogs in contact with children should also be wormed every month. Research has shown that worming your dog or cat less than four times a year is very ineffective at controlling worms.

Lungworm is an increasing problem in dogs in Yorkshire. This can be fatal for dogs. Monthly worming with a product which is effective against lungworm is needed to prevent illness from this worm.

Milprazon is a very affective worm tablet (for example it controls 11 different species of worms in dogs including roundworm and lungworm) which is available from Airedale Vets at £11.38 for a box of four tablets. One tablet is needed for say a 20 Kg dog. We recommend worming monthly for the reasons outlined above, this works out at less that £3 a month. This is available for cats, small dogs, kittens and puppies for the same price or less.

The two most important worms in cat & dogs are roundworm & hookworm, cats & dogs commonly get both. The eggs which these worms produce are so small you need a microscope to see them. Roundworm-eggA recent study showed that over fifty percent of dogs had either roundworm or hookworm or both. These are both dangerous to humans Surveys in Leeds & London found large numbers of roundworm eggs in dirt & soil samples taken from pavements & parks. Most puppies & kittens get infected with roundworm from their mothers, either before they are born or in the milk. 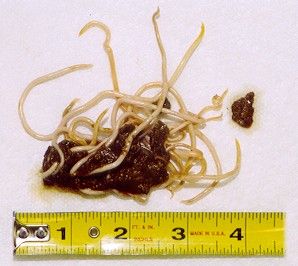 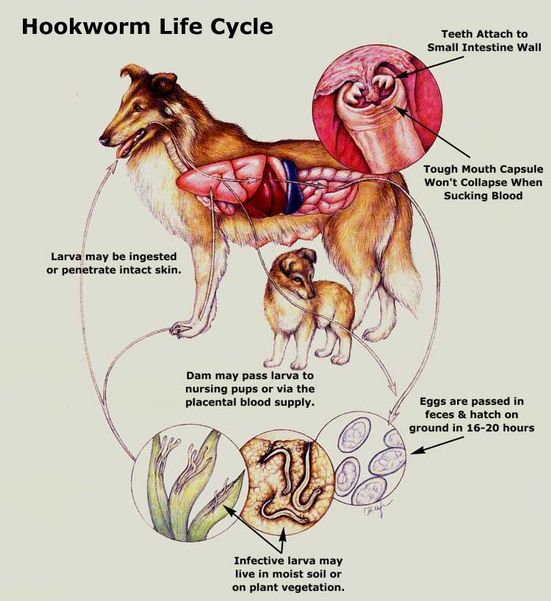 Lungworm is an increasing problem in the north of England, probably caused by global warming. An infected dog often dies. Dogs can become infected by eating snails. Click on the blue underlined lungworm for more detail.

Fox Lungworm is not usually as serious of Lungworm. Again this affects dogs. Fox lungworm can cause damage to your dog's lungs.

Whipworm. Whipworms suck blood from your dog. Clinical signs of massive infections with Whipworm are hemorrhagic enteritis, with mucus and blood in the faeces and often foul smelling. Concurrent anaemia may also be present. The slow development time of T. vulpis, together with mainly sub-clinical signs, may be the reason for the general belief that whipworm infections in dogs may be less pathogenic. However, infections may cause reduced growth in young dogs and wasting.

Heartworm Although not a problem in the UK (apart from in inported dogs), this is a big problem in Europe especially southern Europe.

We have a product which you can put on the back of your dog or cat, this one product is effective against Roundworm, Hookworm, Whipworm, Lungworm, Fox Lungwrom & Heartworm, it is also very effective in treating fleas, Sarcoptic Mange, ear mites& biting lice. It is also a very safe product. There is no other product which does all this. This is the flea & worming product which Peter Eccles treats his own pets with. This product is a prescripton only medicine (POM) & therefore we can not advertise it. Please ring the surgery for details or to get some for your pet.

Tapeworm.
Both dogs & cats can get tapeworm. For a dog or cat to get tapeworm, your pet has to eat some type of raw meat. One of the most comon ways cat and dogs get tapeworm is when they groom themselves and eat a flea by mistake. Cats can get both Tapeworm & Roundworm from eating mice. See our special offer page for a new product that kills tapeworm in cats 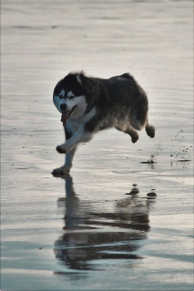 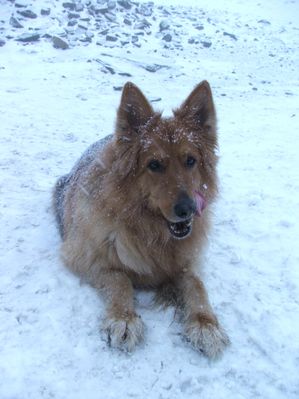 MyPetonline contains
hundreds of pages of
authoritative information
about pet health and
behaviour, written by vets for
owners like you.
Simply click on the image 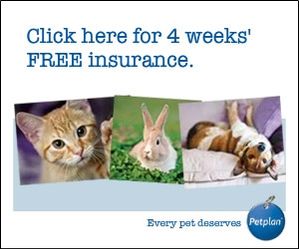